It may not come as a surprise, but residential solar had another record year in 2021 in the United States. Forecasts show 2021 will represent a 21% year-over-year growth in residential solar as the market reaches 3.9 GW installed, said the Solar Energy Industries Association (SEIA).

Residential SolarReviews released its annual review of the sector and noted a 130% increase in customer quote requests. This growth came despite a big year for 2020, in which many homeowners shopped for improvements to their residences.

The U.S. solar market has now surpassed 3 million solar installations, most of which are distributed residential PV, said SEIA. As commodity prices rose, costs took a small uptick in all solar sectors in the first half 2021, reports SEIA. 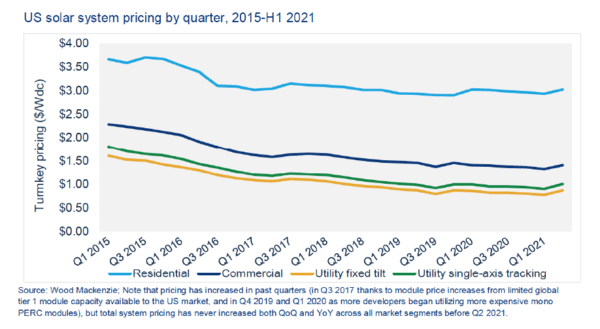 In a report built in partnership with University of California, Berkeley, SolarReviews found that 72.5% of survey respondents said the upfront cost of solar remains the most significant barrier to adoption. Primary motivations for installation included bill savings, followed by disaster resiliency and reduced carbon emissions.

This year, SolarReviews reported a ten-fold increase in quote requests related to its guide on how to charge a Tesla at home.

Home battery interest and growth are ramping up nearly exponentially. The joint study found that in the span of five years (2016-2020), 71% of battery installations occurred in 2020. Installation totals for 2021 are expected to be even greater, said the study.

Interest in battery storage alongside solar is increasing, though only 11.5% of solar customer respondents to the SolarReviews – UC Berkeley survey said they have an attached battery.

SolarReviews also noted a sharp uptick in solar and energy storage quotation requests during extreme weather events. During peak wildfire season in California, it reported a 358% increase in quote requests. That figure was 850% during the Texas power crisis of February 2021, and the Pacific Northwest heatwave this June caused a 919% increase in home solar quote requests.

What does it mean to connect the solar power generation system to the grid? 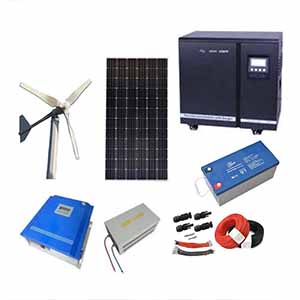 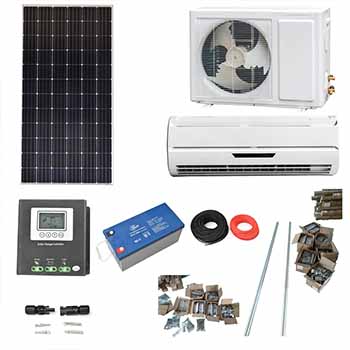